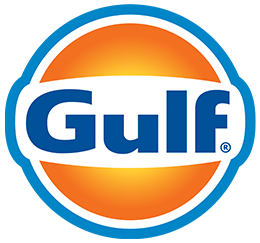 Wellesley Hills, Massachusetts – June 26, 2017 – Gulf Oil recently announced a number of strategic supply agreements it has secured, continuing with the brand’s recent focus on expansion. Much of the expansion is occurring around the Wellesley-based company’s sister portfolio supply network, which stretches from Virginia to Texas.

The additional supply security and sustainability provided by the enhanced terminal network has appealed to customers and prospects alike who have been eager to bring the iconic Gulf brand back to their areas and further grow their businesses.

“Our team is focused on providing profitability and growth to our business partners and we are passionate about the future and this caliber of customers who want to grow with us,” said Meredith L. Sadlowski, Senior Vice President, Branded Sales & Marketing, Gulf Oil.

Recent additions to the Gulf family stretch from Alabama to Florida and along the Eastern Seaboard with well-known-to-the-industry companies such as Calloway Oil, Cary Oil, Hinson Oil, Home Oil, PetroSouth and Sampson Bladen. Through these partnerships, the Gulf flag will soon be flying at newly branded stations across Georgia, the Carolinas, Kentucky, Tennessee and beyond.

“Gulf is a partner that truly understands the impact a fresh new image and brand advertising can have on motorists and we look forward to expanding our relationship,” said Tommy Hunt, President, Calloway Oil.

Earlier this month, Gulf announced the addition of two new Territory Sales Managers to its Branded Sales team, tasked with supporting an increased appeal for the Gulf brand, as well as continuing to serve and thrive alongside existing customers.